Office for iPad is Here! But...

Microsoft announced and released Office for the iPad and it looks pretty darned good and thousands upon thousands of people agree. Office for iPad includes Word, Excel and PowerPoint built specifically for the iPad. I've downloaded them myself and they work quite well indeed. I just wish everything was rosy.


There are some caveats you should be aware of to keep your expectations in check. 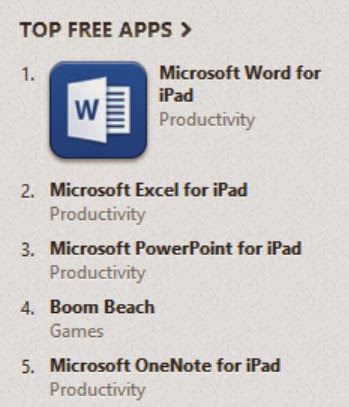 It is interesting to note that Word made it into the top grossing apps too by virtue of people purchasing the Office 365 Subscription through the iTunes Store. 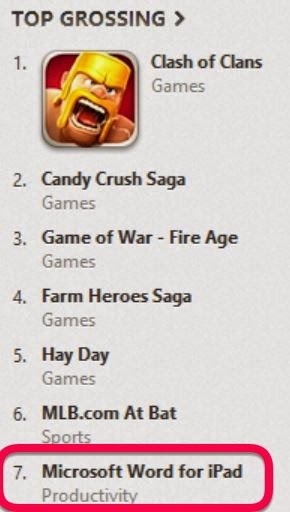 To be fair, Google does the same thing with their QuickOffice Pro HD as you cannot use Microsoft OneDrive. You can use Google Drive or DropBox so you get a choice--just not a complete choice.

I think Office 365 Home Premium is a good deal as you can put Office on up to 5 computers (PC or Mac) and Office was just updated for the Mac. In addition, the subscription allows unlimited Office installs on tablets(iOS or Android). On the other hand, many have already paid handsomely for Office and getting into a $100 per year deal, regardless of the number of machines, might not be all that inviting.

Office Mobile was announced too and, interestingly enough, this is completely FREE and you can even create and edit documents on the iPhone or Android smart phones (Office Mobile for Windows Phone already exists) but who would want to? Maybe some I suppose but I've tried it and the experience isn't that great. 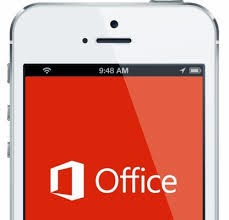 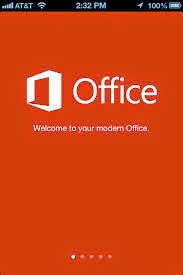 The "sunshine" of Office for iPad is OneNote. Microsoft treats OneNote differently, however, as OneNote is already out and completely FREE for iOS and Android and you can create and edit notebooks to boot. I wrote about OneNote recently so I won't go into it here. Let's just say that I love it.

So, if you want to create and edit Office documents on your iPad, you'll need to pay for Office 365. If you are entrenched into a cloud service other than Microsoft's OneDrive (like I am) you might be wary of making the change. After all, most of us have found an iPad alternative to Office and have been doing just fine with out it.


See this and other Tablet Grandpa blog posts at www.tabletgrandpa.com
Follow my Blog and other items on Twitter: @TabletGrandpa
See what I'm doing on Facebook at www.facebook.com/tabletgrandpa

Posted by Tablet Grandpa at 8:00 AM