See and Feel Your Phone Ring 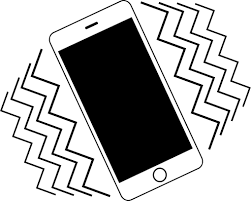 A recent question prompts this article. A friend of a friend has an iPhone where the camera flash lights up when the phone rings and wanted to know how to stop it. The reverse of these instructions are the obvious answer but what about those who never knew their iPhone could even do this.

Let's learn how to "hear" and "see" your phone ring. The "hear" is accomplished by having the iPhone vibrate during a ring. The "see" is done by having the camera's LED flash light up and blink during the ring.

Each of these features can be done one at a time or in addition to the regular ring.

Both are found in Settings. Vibrate is in Sounds & Haptics while LED Flash is in Audio/Visual.

Tip: At the bottom, tap Create New Vibration.
Tap to create a new pattern, tap Stop, then Play to review it, or Record to try again. 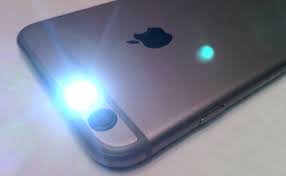 Flash the LED for alerts
If you can’t hear the sounds that announce incoming calls and other alerts, iPhone can flash its LED (next to the camera lens on the back of iPhone). The LED flashes only if iPhone is locked.

Tip: LED Flash for Alerts is a useful feature for anyone who might miss the tones associated with calls and other alerts in a noisy environment.
Go to Settings  > Accessibility > Audio/Visual, then turn on LED Flash for Alerts.
To prevent LED flashes when iPhone is in silent mode, turn off Flash on Silent.


Posted by Tablet Grandpa at 11:12 AM No comments: 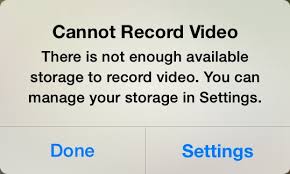 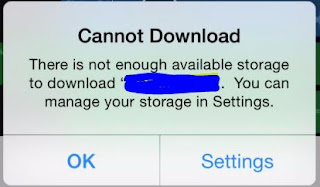 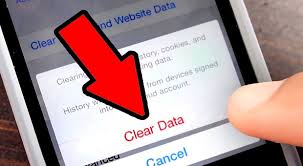 These are horrible messages that can make your anxiety go through the roof. What should you do?


My "goto" solution for reclaiming space on your smartphone (Android or iPhone) is to get photos and videos off the phone and into the cloud.


Sure, there are other things one can do: removing unused or little used apps, etc.


Below are a variety of cloud services to choose from. I won't go into the directions except to say that they are straight forward and work surprisingly well. Many of the services are free or have an introductory amount of cloud space that is free with pay options.


I have been using a few of these services for many years and even pay for two of them because it is worth every single penny to know my photos and videos are automatically sent to the cloud and down to my computer with no effort on my part.


There are a few more but gosh, who wants to read about all of them. Take a gander and get those photos and videos safely off your smartphone and get needed space back.


See this and other Tablet Grandpa blog posts at www.tabletgrandpa.com

Posted by Tablet Grandpa at 11:50 AM No comments:

Windows 10 Upgrade Now Recommended says Microsoft - What Should You Do?


The short answer, you don't have to do anything! NOTHING is required of you. Keep on keepin' on as they say. If you wish anyway.


You can upgrade when you want to and NOT when Microsoft says or 'recommends'. You have until July 28, 2016 to upgrade to Windows 10 for FREE as long as you have Windows 7 Service Pack 1 or Windows 8.1. If you are not ready now, stay where you are.

In October of last year, Microsoft shared that they were increasing the intensity of encouraging folks to upgrade to Windows 10.

Previously, if you had Windows 7 with Service Pack 1 or Windows 8.1 you would see a small Windows icon in the lower right portion of the Task Bar where you could click to 'reserve' your Free  Windows 10 upgrade. Easy, right?
As time progressed this icon began to pop up messages about upgrading to Windows 10 and many felt this was a nuisance. 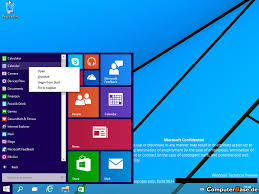 As Microsoft promised, the 'reservation' stage is moving to the 'recommended' stage starting February 1.

Full disclosure here, I have already upgraded the three computers in my household to Windows 10 and am quite happy. The upgrade was not without complaints but the upgrades were done in August of last year and have calmly survived the process.

In fact, many friends and relatives my age and older have upgraded and all of survived fine.

Purchasing a new computer with Windows 10 is terrific. It works well with any of the new PCs now and there are a lot of them.

Below are some very good articles describing this 'recommended' phase for Windows 10 Upgrading.