Speed Up That Wifi Connection

Rev up your home wifi speed as if you are connected with wire.

Recently I attempted to play a home made You Tube video via my Apple TV box and the playback was just horrible. It was frequently jerky as it had to pause while data came through. I'm pretty sure this is just because my home Wifi is a bit crowded with 2 iPads, 2 smart phones, a Windows Tablet, my Samsung TV and DVD Player and the Apple TV. Not all are being used at the same time but many are. 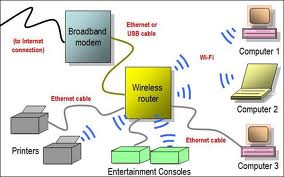 So I decided to search out reviews on the latest Wifi technology referred to as 'AC'. Previous technologies have been 'N', and before that 'G". I looked at a few reviews and decided upon the TrendNet AC 1750 Dual Band Wireless Router that can be purchased from Amazon.com. I placed the order and 2 days later (as I'm an Amazon Prime subscriber which gets me FREE 2 Day shipping) it arrived.

First, let's talk about how a wifi router works with the modem you have at home. I have a Comcast cable modem with a wifi router attached to it. The wifi router allows me to "split" the cable connection for up to 4 other computers, printers, or external hard drives. In addition, wireless devices, like laptops, tablets, smart phones, recent TVs, recent DVD players and game consoles like Xbox, Playstation and Wii. That is a lot of hardware wouldn't you say? (see the picture below showing my cable modem on the left with the wifi router on the right).

In the past, the speed of the wireless connection of the router has been slower than when being connected with a cable. This has just been the way it it. With my recent purchase of the TrendNet Router, wifi is now the same speed as being connected with a wire. Think of your computer being a fast car and it can go 300 miles per hour when connected to a modem. Take that 300 mph car and, instead, connect it wirelessly to the router and the can't go 300 mph any longer because the wifi slows it down to only 30 mph. It's like the current wifi are tires that slow the car down. Well, I put on the latest and greatest tires and now wifi has cause up and goes 300 mph. NOTE: wifi cannot go any faster than the speed of the modem (cable, dsl or satellite--at least in today's technology).

Setup was just like my previous Linksys router. I followed the two steps in the Wizard and I was up and running.

Let me tell you...the Wifi speed is fast, fast, fast. My iPad speed increased by a factor of 100! That's right, it is now 100 times faster than before. Unfortunately that speed increase doesn't translate directly to the performance of the tablet but it did speed up app downloads by about a factor of 10 and that's pretty darn cool.


I use a web site called http://www.speedtest.net/ to see how fast my internet connection is. The important number is the download speed. Don't worry so much about the letters after the number. Check your computer connected to your modem via a cable. Then check a device connected via wifi if you have one. There are even Speed Test apps for iOS and Android.

iPad with the new TrendNet Router. 31.2!

I don't know why there is such a broad difference between my phone and iPad. However, I am extremely satisfied with the speed increase. App upgrades are about 5 times faster and my books load much faster too.

I purchased my TrendNet Router from Amazon.com for $134.00.

Posted with Blogsy
Posted by Tablet Grandpa at 11:05 AM No comments:


My most useful smart phone apps are those I put on my phone's home screen. I can get to them with the fewest taps possible and that makes things simple and saves me time. 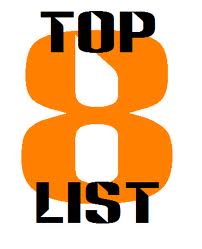 I use Widgets because I can on an Android smart phone. iOS doesn't have them--yet. Widgets are not the same as apps on Android smart phones but they are similar. Widgets simply show that app running on the screen. You don't tap to open it. For example, the Calendar Widget I use shows items on my calendar in list form.  Widgets are always there and running. The 3 widgets I use are for the phones battery level, calendar, time and weather. This makes sense too as I'm always checking the time (I haven't worn a watch since I stopped working besides watch faces are difficult to see with my vision disability). For me, information like this needs to be quick and easy to read. 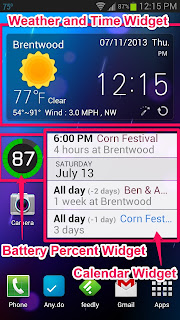 Camera. This is the standard camera app that comes with my Samsung Galaxy S III. There are other phone apps but I haven't found the need to install a different one. I might change my mind in the future though and a blog post would announce it. 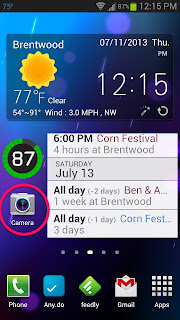 Then I have 4 apps on the Dock down at the bottom along with the App Drawer where all the rest of my installed apps reside. Those 4 apps are:
Phone which has my phone book, favorite people I call most and the ability to create a text message. Pretty efficient if I say so myself. 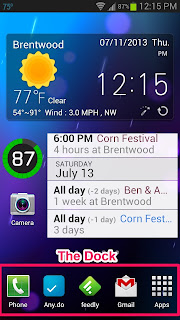 The Phone icon is at my left and always available as it should be always available. The phone app shows the keypad to dial a number; the log of recent inbound and outbound calls so I can call someone back quickly and easily; my Favorites for "one touch" calling or texting (yes I can create texts from the phone app) and Contacts which is my phone directory.

Any.do is a simple and terrific To Do list as it it very easy to read. My eyes thank me often.

feedly news app. FREE
I read news all the time on my iPad, PC and phone and I utilize a "reader" type app to gather news and blogs I am interested in. Feedly is beautiful and very easy to use.

Gmail for my email of course. Although Gmail is owned by Android my phone comes with a different and generic email app but I really like this Gmail app. It has a easy to read view and I can simply swipe to delete email I don't want to read. FREE
Lastly is the Android App Drawer (shown as Apps) where you get to all of the other Apps and Widgets installed on the phone. It is often efficient to NOT overload your phones screens with apps. Just show apps you use most often and leave the rest in the App Drawer for less frequent use. The iPhone doesn't have the concept of App Drawer. Your call which you prefer but I like the app drawer concept.


Please share your comments or favorite apps. I love discovering new and, most importantly, useful apps. Thanks

I've had some great fun with my camera recently and have enjoyed the results by manipulating photos to show them as a reflection against water. I think we've all seen outdoor photos with a lake in the foreground and mountains or trees in the background with those trees reflecting against the water. A beautiful sight. Well there is software to create that reflection effect and you can get it for iOS or Android.

Here are examples of Water Reflection on my Android Galaxy S III. The app is very easy to use and has just a few variations of use but are the pictures great or what? Water Reflection is FREE with ads but I haven't minded the ads so far.

For the iPhone or iPad, give Photo Reflection HD FREE a try. 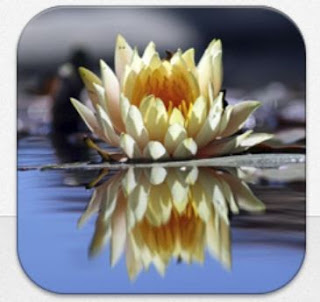 Counting Down the Days - Try these Apps and Wepsites. 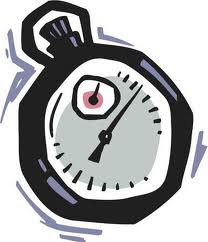 Are you watching that calendar for your next vacation, Christmas, Anniversary or Retirement? Maybe you want to count the hours, minutes and seconds until you can tell your boss to ???? Try these websites and apps out for size. And they are FREE too.


Something Simple to see Days, Hours, Minutes and Seconds until your date.
This one is a bit more colorful but just like the one above.
Do you have a blog? Create this countdown widget for it.
Another countdown timer but with big numbers.
An "egg timer" web page. Set the time and go!
This countdown timer lives on your desktop so you can see it all the time. There's even a pretty explanation of how it works--that is if you're interested.
Another basic one but different none the less. Sorry.
This one just counts down time but does it well and very easy to see.

Here's a page full of timers. A classroom timer, a bomb countdown or a Check Clock and many others.
Another page with a variety of timers including two iOS apps for your iPhone or iPad.

Date and Time Utilities
Ever wonder if your computer's clock of right. Click here to see.
This nifty page calculates the difference between two dates. Cool.
Another date calculator but allows you to quickly choose today's date.

Here is a list of handy Android countdown timers found on the Google Play Store. All FREE. Oh no, check out the TV Show "24" timer. Ouch. They cost $1.29. Sorry.

Take a gander at these Countdown apps for iOS. Sorry, some have a cost but geeze are there a lot of them! Check out the iTunes App Store and search for Countdown Apps. 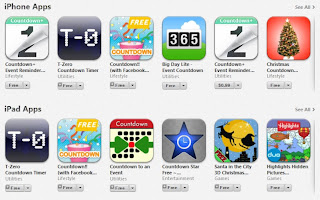