How do Regular People Use iCloud? 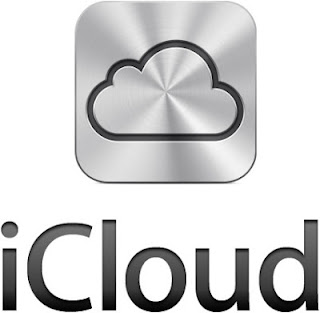 My grandson, Jordan, asked me to write how he can use iCloud. So I did some research and tried some things.

Apple's iCloud works with Apple devices(iPhone, iPad,iPod Touch and Macs). Apple does this a lot. FaceTime video calling works between Apple devices only. iCloud allows information to move smoothly from one device to another device. iCloud stores your music, photos, documents and more .

Please don't think Apple has the lock on this capability as data movement between devices has been going on for a while now. However, iCloud creates a nice experience for those of you in the Apple realm. View a short video look at iCloud.
Joe Wilcox writes on betanews ...

iCloud fundamentally is a synchronization service. To many people used to services like Dropbox, or even Windows Live SkyDrive, iCloud will likely look like an online storage service. It's not -- even though such capability is available. Storage is there to facilitate sync across multiple devices -- Macs, Windows PCs, smart phones, music players and tablets. Other services primarily sync to the cloud, while Apple's service uses the cloud to sync content among devices. 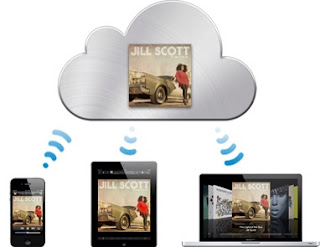 Above is a graphic that shows how iCloud is so useful. It can move information from one Apple device (an iPhone) to another (an iPad). A really good example are photos. I hear often "how to I get photos from my iPhone to my iPad so I can view them on that terrific, large screen?" The feature is called Photo Steam and it uses iCloud.

In many ways, iCloud eliminates iTunes as the method for moving information to the Mac and then synchronizing with another device. Turn the iCloud synchronizing on is
I've been asked if iCloud works on Windows and it does indeed. Here is a brief article on iCloud for Windows 2.0.
Beyond the above photo example, here are some other real world uses of iCloud.


Read Making Room in Your Piece of the Cloud by Roy Furchgott
Thank you for the blog idea Jordan.
Posted by Tablet Grandpa at 8:00 AM