Google Maps for iOS is HERE for Your iPhone or iPad

The great news is that Google Maps is a universal app, which means it works perfectly well for iPhone and iPad utilizing the features of the iPad, not just the larger screen. It's FREE and works very, very well, including "verbal turn by turn directions" which does not work for Apple Maps.

Apple replaced the Google Maps app for their own app when iOS 6 debuted September 19, 2012 (yes, over a year ago!) to much criticism as there were many errors when displaying some areas. See links below showing many really bad situations. In fact, Apple President, Tim Cook wrote a letter of apology for the many problems and promised fixes as quickly as possible.

Google Maps was a very mature app that had gone through many upgrades throughout it's lifetime. Google acquired a company owned by two Danish brothers and introduced Google Maps in 2005. That is many years of evolving and improving. Unfortunately Apple introduced their maps but NOT based on Google mapping data and it didn't go well. 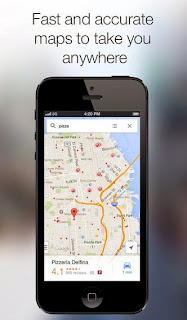 What was most frustrating was that Apple replaced Google Maps and people couldn't just put the old Google Maps app back in. Everyone was stuck with a poor product. Google got to work and produced Google Maps for iPhone that worked quite well. 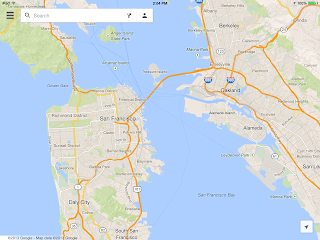 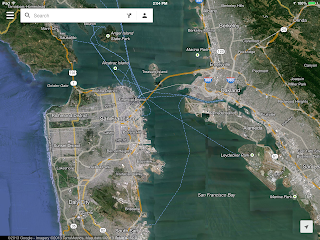 To be fair, Apple Maps has been fixing bugs since it's release last year but I strongly believe Google Maps was better a year ago, and still much better now. Don't settle folks.

Please follow me @TabletGrandpa on Twitter.
This blog is at www.TabletGrandpa.com
Posted by Tablet Grandpa at 7:00 AM