Smart Phones for Beginngers - Part I

So you got a smart phone and you're not sure why or maybe one was purchased for you and you are curious about what it can do?


To help, I am writing a series (I don't know how many) of articles describing the basics of smart phones, their features and just what the hubub is all about. In other words, "so what can this thing do for me?". I'll also unveil some of  the mysterious terms we keep hearing about from our "techy" friends and family members or even on the TV now days. 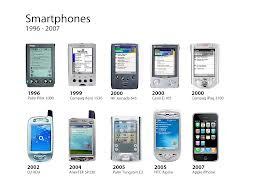 Since there are a variety of smart phone brands, I will do my best to be more general unless the brand is significant to warrant it. Something like the Kleenex brand being used as tissues. The iPhone comes to mind here but the iPhone is not the only game in town as many will tell you and you might very well know.
We can't avoid it now-more and more people are getting smart phones and they are becoming so useful beyond making a phone call. Today's smart phones have advanced technologically that they are more powerful than desktop computers less than 10 years ago.
However, if you haven't lived in a cave, marketing hype and prowess cannot be completely trusted so you'll have to learn some smart phone basics for yourself.
PC  Magazine defines a smart phone as


The first is the screen size and design. Screens are measured diagonally and have grown much in the last few years. Some smart phone screens are growing some much that they  have been given the, sometimes unwelcome, name of "phablet". A cross between a phone and a tablet. Remember, these little phones have evolved to become "smart" computers you can carry in your pocket or purse and if you can't read what is on the screen then what use are these expensive little pieces of metal and plastic anyway.
The most popular of smart phone screens these days measure 4" to 4 3/4". Again, this is diagonally. As of this writing, the two most popular smart phones in the US are the iPhone 5 and the Galaxy S III and their screen sizes are 4" and 4.8" respectively (see photos below). Samsung's Galaxy Note and Note 2 jumped out to 5.5" with other manufacturers following their lead as people are buying these larger smart phones as fast as they can be made.


Smart phones have 2 major pieces to consider: the phone or hardware and the software that runs it commonly referred to as the operating system. Most desktops and laptops have operating systems from either Microsoft (Windows) or Apple (Mac). Smart phone operating systems are either: Android (Google), iOS (Apple), Windows Phone (Microsoft) and Blackberry (formerly RIMM now known as Blackberry). For we beginners, I wouldn't get to hung up over the operating systems except to say they are all pretty good with pluses and minuses for each--just about like most things. Of course, there are many evangelists in each camp so it is wise to understand this while we learn about each of them. The most popular are iOS from Apple and Android from Google. Blackberry has been falling while Windows Phone has been rising.
***************************
Future topics to include: How do I add or delete apps, what does iOS stand for?, how do I add people to my phone's phone book?, what are all of those tiny symbols at the top of the screen?, how long should the battery last or why does my battery run out after just a few hours? what is 3G, 4G and LTE and are they important? can I really read a book on such a small screen? can I really listen to music on my phone?.
Please include your own smart phone questions in the comments box at the bottom of this article.
See my Top 8 Most Used Smart Phone Apps
Posted by Tablet Grandpa at 1:40 PM