Can the iPad do Office? 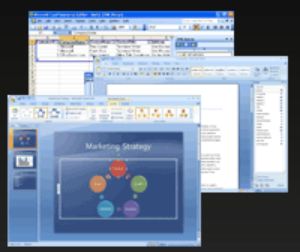 Although Microsoft Office is not an app for the iPad today(rumors have it this will change late this year or early next), there are quite a few apps that will create, open and allow you to edit and save Microsoft Office documents (Word, Excel and PowerPoint). There are many alternatives and at various prices. I usually start at the lowest price (hopefully FREE) and see which has the features I need.

For the purposes of this article, Microsoft Office apps will be Word, Excel and PowerPoint. There are other apps included in Office but we will not address them here. Well, a brief word about One Note, Microsoft's note taking app. One Note is indeed available for iPad and is FREE. Notes can even synchronize back and forth between the Office version and the iPad version. I've been using One Note since 2005 for work (when I was working) and personal notes and absolutely love it.

I heard someone say the other night that the iPad can't do Office documents because there isn't a place to save them on the iPad. Although the iPad doesn't come with a file explorer like Windows, files can indeed be saved to the iPad. In addition, one can use the cloud to retieve documents to the iPad. More on cloud storage in a future article.

Apple's Keynote, Pages and, Numbers ($9.99 each). Apple makes a word processor, spreadsheet and presentation programs and they are pretty darn good. I've used Numbers and it works fine. However, the price is a bit much considering the many other alternatives. These apps are tightly integrated with Apple's iCloud storage service.

Documents To Go from DataViz, ($9.99 or $16.99 for the premium version) Documents To Go includes Word To Go, and Sheets To Go apps. The Premium version includes Slideshow To Go along with cloud apps integration like Dropbox, SugarSynch, Google Docs, Sky Drive and box brand. Documents To Go has been around for many, many years when Pocket PCs and the Palm Pilot were around and I used Documents To Go then. It is very good and worth trying.

Quick Office Pro HD. $19.99. Quick Office has been around for a few years and was just purchased by Google. Expect to see better integration or a possible replacement of Google Docs. I have not used Quick Office Pro. The price is pretty steep for me.

Office2 HD. $7.99. Document, Workbook and Presentation. Office2 HD integrates with the common cloud services too.Office2 HD is my current choice for Office replacement apps and works well. I can save documents directly to my iPad or to the cloud. For the price and features I like Office2 HD very much. 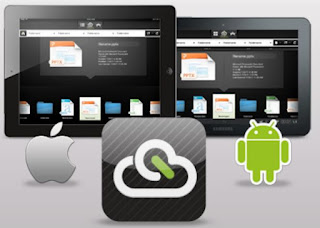 CloudOn. FREE. App that has scaled down versions of Word, Excel and PowerPoint. With CloudOn, you actually run real versions of Word, Excel and PowerPoint on the web. These are slightly scailed down versions but true none the less. CloudOn maintains licenses for people to use these Office apps on the web and all that is needed is to create a user name and password to use CloudOn. Documents are are not stored on the iPad with CloudOn. You can connect Cloudon to Dropbox, Google Drive (formerly Google Docs) and Box. Once done, you documents are all on the cloud and you can access them from any PC as long as you have your cloud service user id and password. I have adopted cloud storage for 100% of my Word, Excel and PowerPoint documents and virtually all PDF files.

OnLive Desktop. FREE. Microsoft Office apps in the cloud. I used OnLive for a short while and stopped. Like CloudOn, you actually run a web based version of Word, Excel and PowerPoint right on your iPad. It runs just a hair slower than an app on the iPad. I have seen where one could not start Word because too man y people were already using up the Word licenses on the web. This has been mostly resolved. Menu options were a little close together and difficult for me to select. Onlive went through an ownership change during the last 30 days so I thought I would see if the app still works. I could not log in so maybe not.


I am moving back and forth between Office2 HD and CloudOniPad. Rumors abound on this topic and I'm following closely.

Adobe Acrobat documents (PDF's) can be opened and even edited and saved on the iPad. Here is a brief list of Apps. Check the Apple App Store and search for Adobe. All of the 3 apps below allow one to draw or type on to PDFs and save, including nice signature features. PDF Expert is a really good, full featured, app and I use it a lot. I just discovered Adobe Reader for iPad and and liking it's features too and the FREE price is a bonus.

Posted with Blogsy
Posted by Tablet Grandpa at 10:15 AM